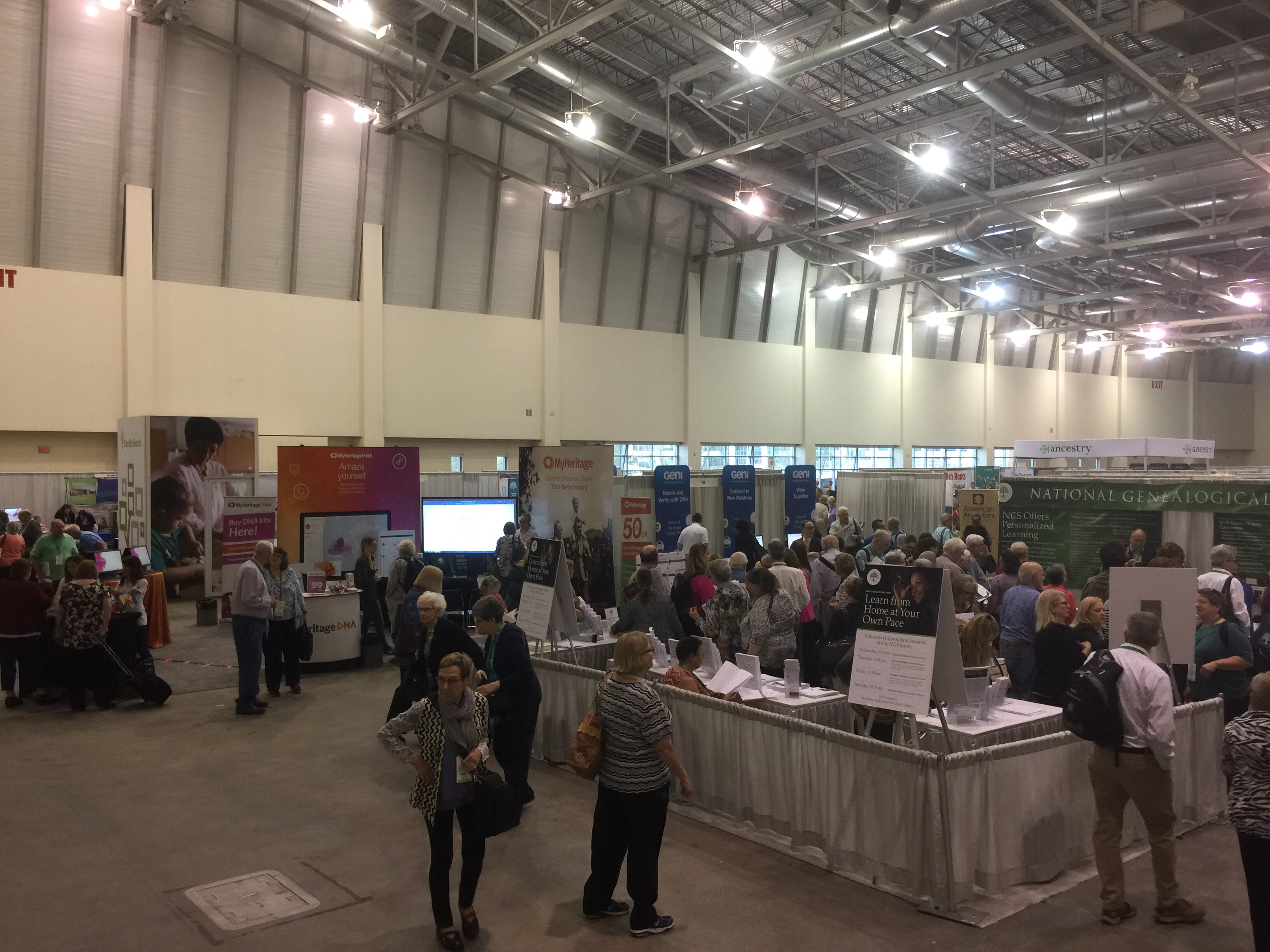 And the fun just keeps coming! Day two of NGS provided me with several more fantastic sessions and networking with fellow genealogists (and who doesn’t love that?)

The sessions I attended today were:

All of the sessions presented were well researched and I walked away from each of them with new information and resources.

The exhibit hall was a hub of activity, with attendee-exhibitor and attendee-attendee networking everywhere you looked. I stopped at the Living DNA booth and learned a little more about this DNA testing provider, who I hadn’t heard of before. Living DNA has actually been around since 2016 and is based in the UK. Having been focused mostly on European customers, Living DNA jumped into the U.S. market in January 2017. There’s a possible interest here for me. The big draw for me on this test is that they provide results for both mtDNA and Y-DNA with the same testing sample. Since this company was new to me I decided to do a little digging at lunch to see what I could find on them. I was excited to see that CeCe Moore had done a very detailed blog post about her results from Living DNA. You can read her post here. CeCe, being the outstanding professional she is, provided some interesting side notes and explanations in regards to her results. One of the disappointing aspects of Living DNA is that there’s no relative-match feature. While they’re not currently offering a relative-match feature it looks like there may be the potential in the future. According to the ISOGG Wiki, “The test cannot currently be used for genetic genealogy as there is no matching database. However, matching is in development and is scheduled to be available in 2018.” (https://isogg.org/wiki/Living_DNA) The ISOGG Wiki had a list of blog posts about Living DNA which has made for some very interesting reading. I like that there’s another DNA testing provider entering the U.S. market. Hopefully another fish in the genetic pool will spur new activity from the other companies and the consumer will benefit from that!

On an end note, I received quite a bit of interest in one of the tools I brought with me to the conference this year so I thought I’d share some information on this wonderful little creation I stumbled across and a shout out to the creator.

This is my iMoov. I stumbled across the iMoov company on Kickstarter. Kickstarter is a funding company for creative projects. Creators post their project information, and anyone interested can pledge funding to help get the project from concept to reality. iMoov posted their portable device stand on Kickstarter and I was definitely interested. It took somewhere around six months after the project was funded on Kickstarter to receive the actual project. And it was one of the best investments I’ve ever made. When I’m on-the-go I no longer struggle with my laptop or iDevice sliding off my lap and I can even use it with just a notepad and writing utensil when I don’t want to break out the electronic device. It’s lightweight and breaks down to a packable size. Actually it ends up being about the size of a large book when it’s folded up. I absolutely love it! A+ to iMoov for the creation of this device!